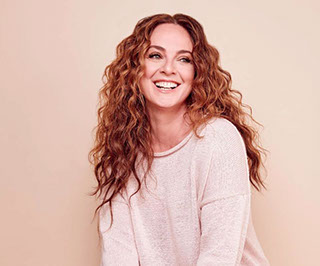 “Melissa Errico is someone who appears to be in perpetual motion. The Tony Award-nominated Broadway star, cabaret singer, and actress moves seamlessly between television, film, theater, and concert stages across the globe.

Even during the height of the pandemic, Errico barely slowed down or wasted any time. Along with collaborator Adam Gopnik, she curated a series of film noir classics at New York’s French Institute Alliance Francaise (FIAF). “I was so deeply fascinated by the style of these films and their musical themes,” she says. That passion led the chanteuse (Errico) and lyricist (Gopnik) to stage three concerts that coupled music with conversation (which were also livestreamed from Florence Gould Hall in Manhattan in 2020).

On Wednesday, May 11, Melissa Errico will be appearing live at Feinstein’s/54 Below in Manhattan, celebrating the release of her new album of noir songs, Out of the Dark, melodies tinged with sensuality and mystery...” 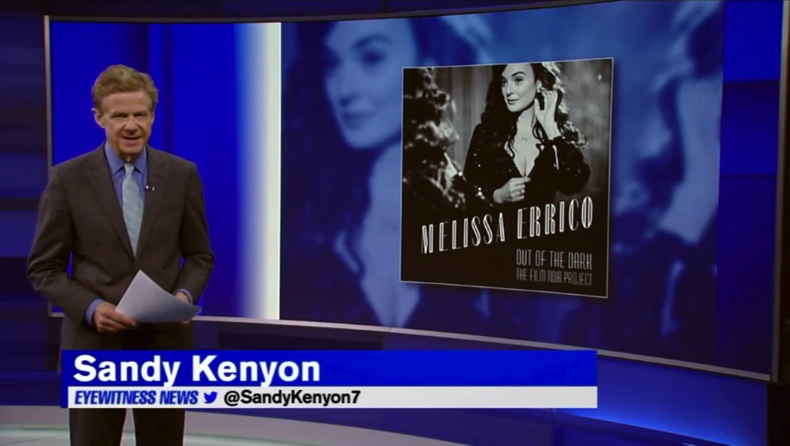 “With Out of the Dark, Broadway star Melissa Errico reaches new heights.”

“Spellbinding…Out of the Dark is an exquisite, sophisticated,

and sensual journey to a musical realm of darkness and light.”

“She knows her way around a lyric…her new album Out of the Dark is ripe territory for a singer who can inhabit a song, and as a Tony Award-nominated actress she plunges into the role, offering charcoaled impressions of ill-fated romance, obsession, and thwarted dreams. Pianist Tedd Firth’s bespoke arrangements maintain the emotional continuity as the album unspools like a saloon song cycle, a gimlet-eyed dreamscape that thrums to Bob Mann’s guitar chords and Joe Locke’s vibes.”

“Melissa Errico’s new album, “Out of the Dark: The Film Noir Project” gives us noir music the way we imagine it…melancholy, bittersweet tales of isolation and loneliness, beauty and betrayal—especially relevant at the height of the Covid-19 pandemic…Ms. Errico sings throughout with a tone at once wistful and probing, suggesting that romance and mystery are but different sides of the same coin…we are breathing along with her, seeing what she sees, feeling what she feels…she makes it “uncommonly clear” that we are all silent partners in our own destruction, and that the most we can hope for is a few brief moments of tenderness.”

“This artist supreme - one of the greatest in the cabaret and concert industry – [has created] what many are sure to consider one of the best albums of 2022.”

“Observe, as the album progresses, the changing moods with each new tune, at times torchy (a mournful "Haunted Heart"), at times bright and hopeful (an uplifting "Written in the Stars"), and others simple and straightforward in the storytelling (a hypnotizing "On Vit, On Aime"). Melissa et al have gone to great lengths to present this seventeen-course feast of musical tale-weaving, with this writer finding, especially appealing, a powerfully sensual "The Bad and the Beautiful" and a mesmerizing "Amour, Amour" that transported my mind back in time to the years I spent living in Europe.”

“The whole album is GORGEOUS. Sung with elegance & beauty.”

“Her new show celebrating the release of her new recording Out of the Dark is a must-see. Dressed in a sexy black-sequined gown with hair coiffed á la the femmes fatales of the 1940s, she transformed herself into a chanteuse in a ’40s night club…she has a lovely soprano and her voice rises to the occasion.”

“Seventy-five minutes of exemplary musical storytelling…with a presentation like this, there can be no doubt that Out of the Dark: The Film Noir Project will be extended repeatedly and booked into every cabaret, concert, and club venue around the world...with Out of the Dark, Melissa Errico has reached new heights.”

“Last weekend Melissa Errico elegantly swooned onto the stage at Feinstein’s 54/Below and delivered a master class in torch songs, femmes fatale and moody, doomed men. Christened “Out of the Dark” in homage to Jacques Tourneur’s 1947 film noir classic, Errico’s set seamlessly combined well-known standards, such as Harold Arlen’s and Leo Robin's “It Was Written in the Stars,” with hidden gems such as Dory Previn’s lyrics to David Raksin’s classic “The Bad and the Beautiful.” Her droll, witty and wise patter made the perfect accompaniment to the astutely curated song list. To paraphrase the last line of another classic noir, Errico’s performance was "the stuff dreams are made of.”